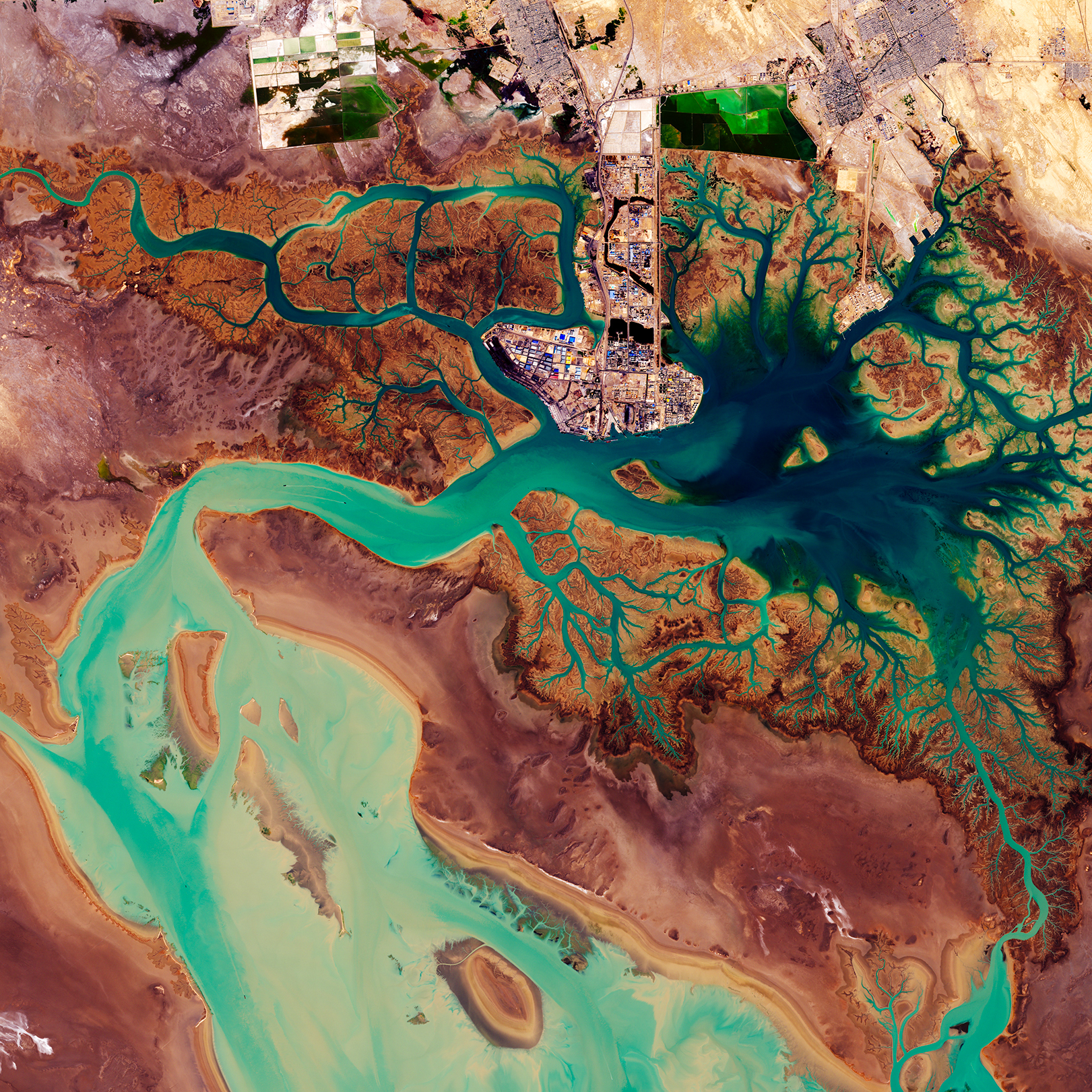 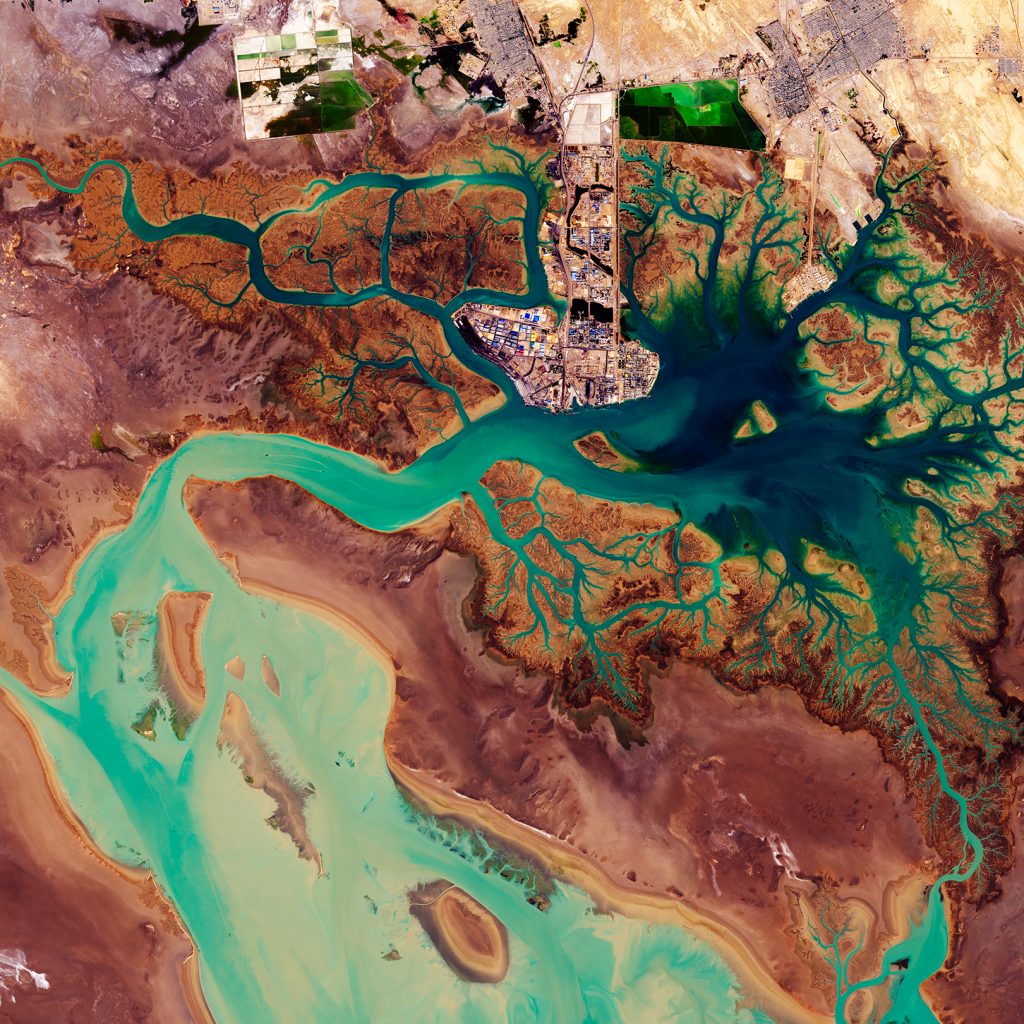 .
Iran’s Musa Bay on the northern end of the Persian Gulf.
.
Near the centre, we can see the port city of Bandar Imam Khomeini, situated at the terminus of the Trans-Iranian Railway – a route that links the Persian Gulf with Iran’s capital, Tehran.
.
The dark area to the right of the port is Musa Bay, a shallow estuary. The large geometric structures along the top appear to be evaporation ponds for extracting naturally occurring minerals from the ground.
.
The left side of the image is dominated by the marshes and mudflats of the Shadegan wildlife refuge. It is the largest wetland in Iran, and plays a significant role in the natural ecology of the area.
.
The area provides a wintering habitat for a wide variety of migratory birds, and is the most important site in the world for a rare species of aquatic bird: the marbled duck. The northern part of the wetland is a vital freshwater habitat for many endangered species.
.
#earthimages #earthimage #upintheair #abovetheclouds #satelliteimage #satelliteimages #EarthOverhead #overview #overvieweffect #musabay #iran  #PersianGulf #tehran 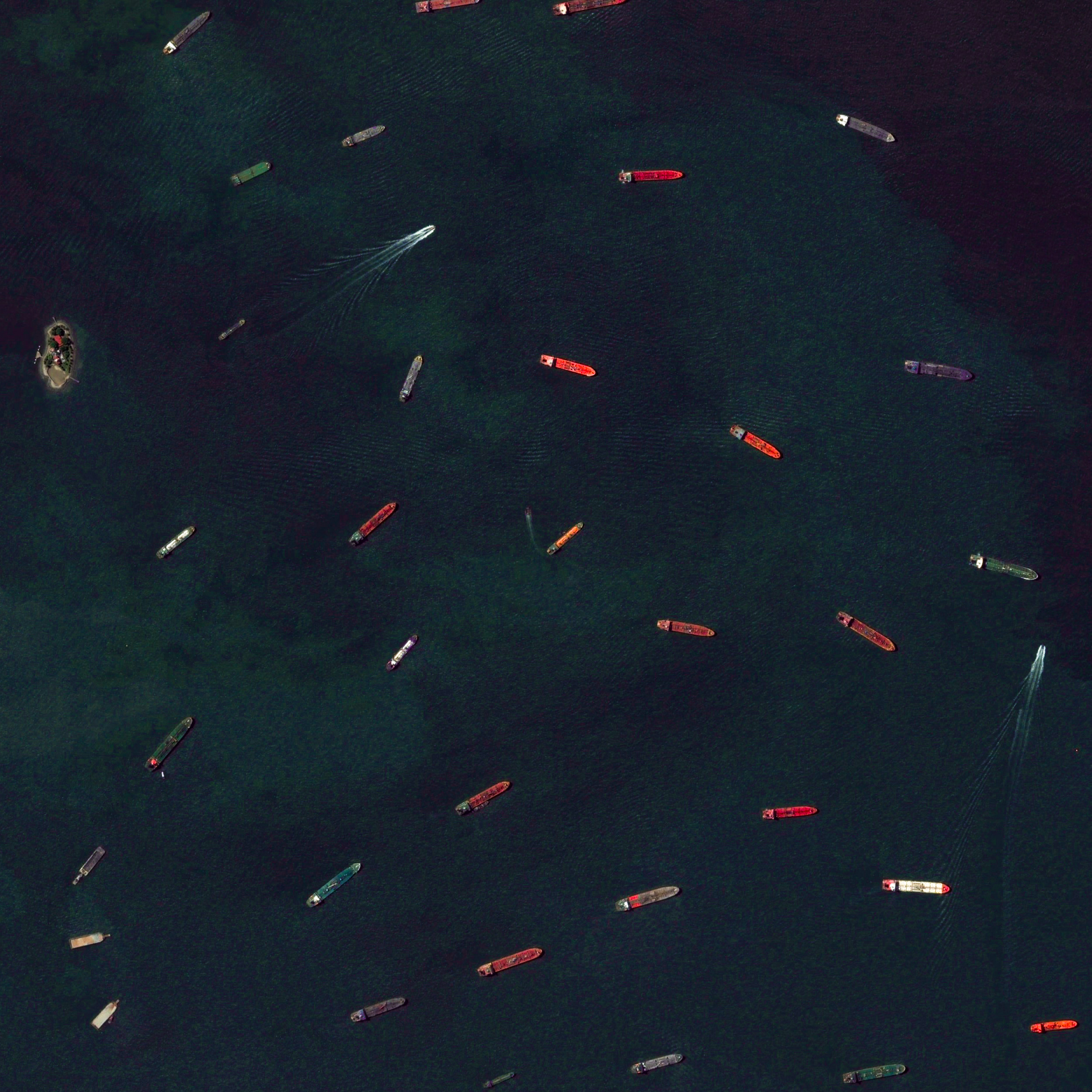 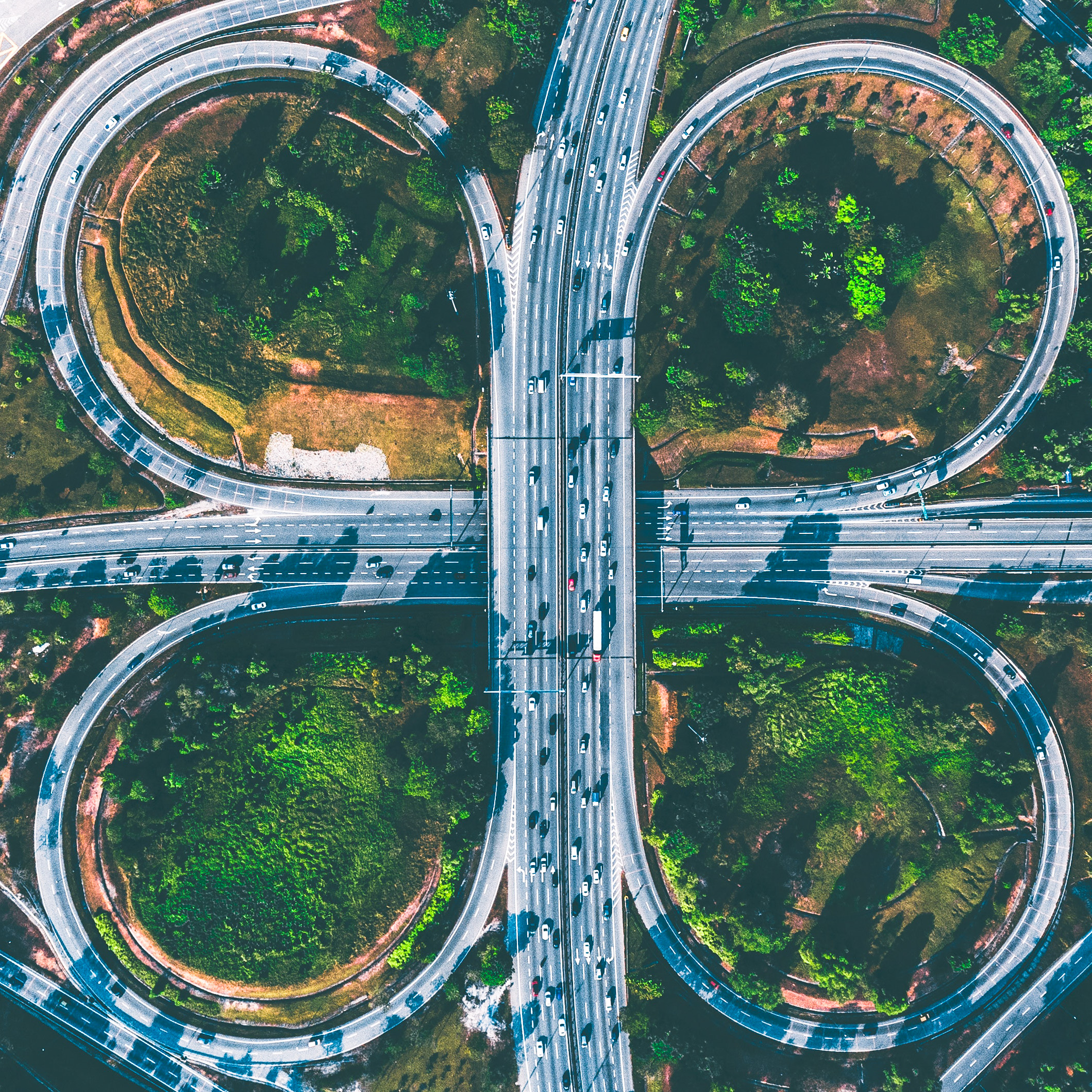 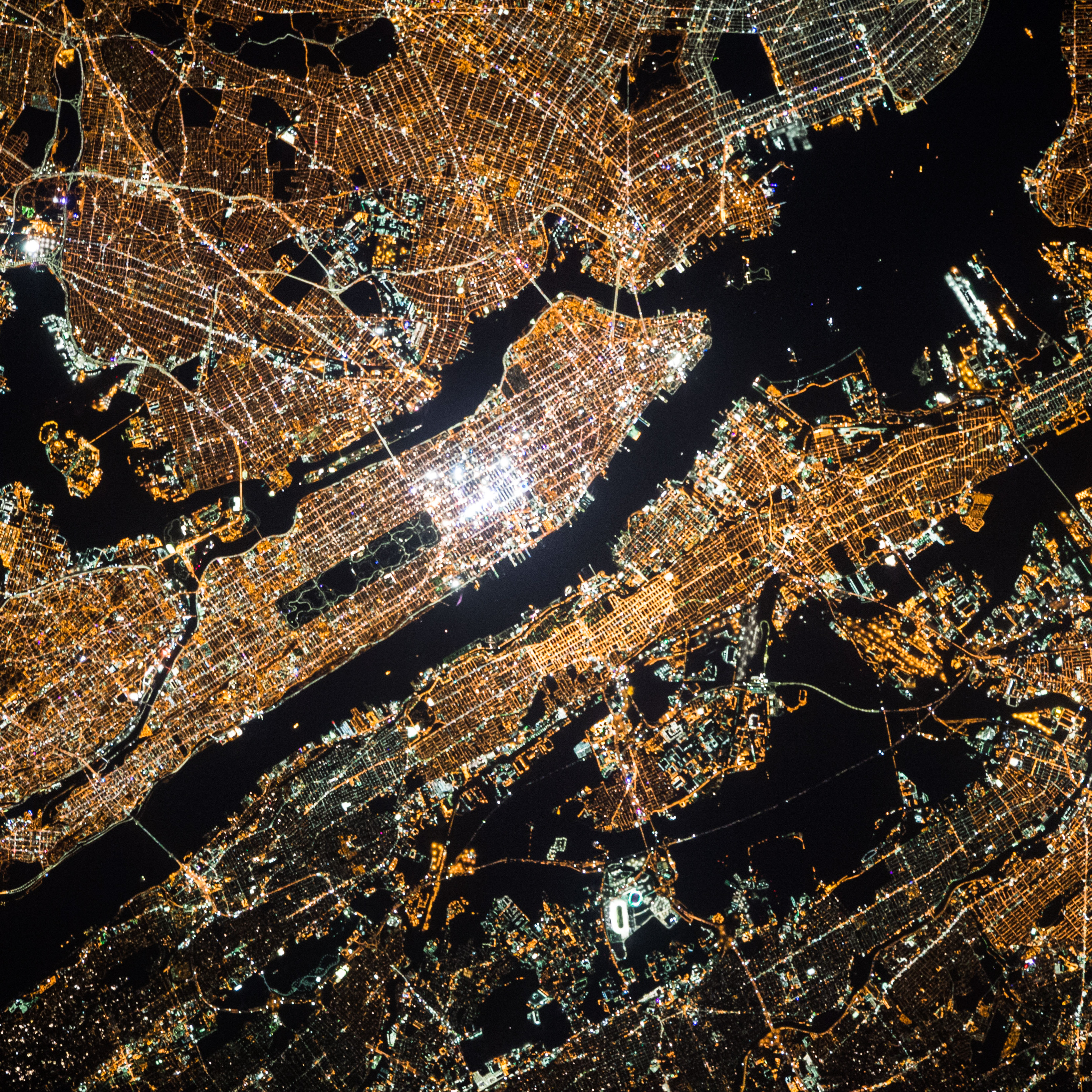