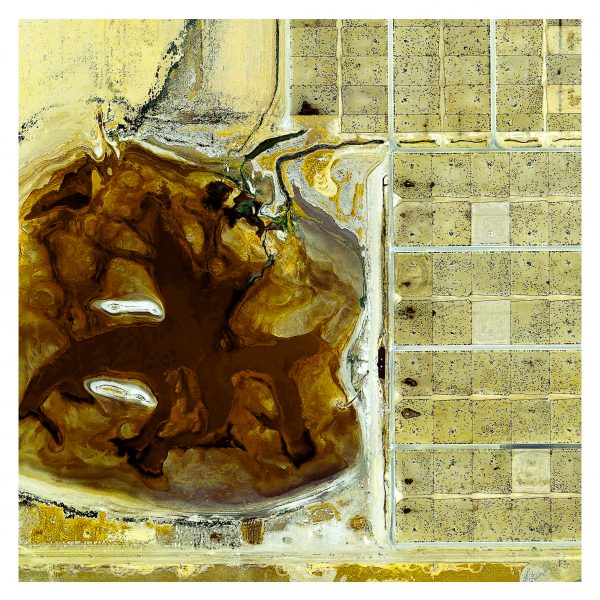 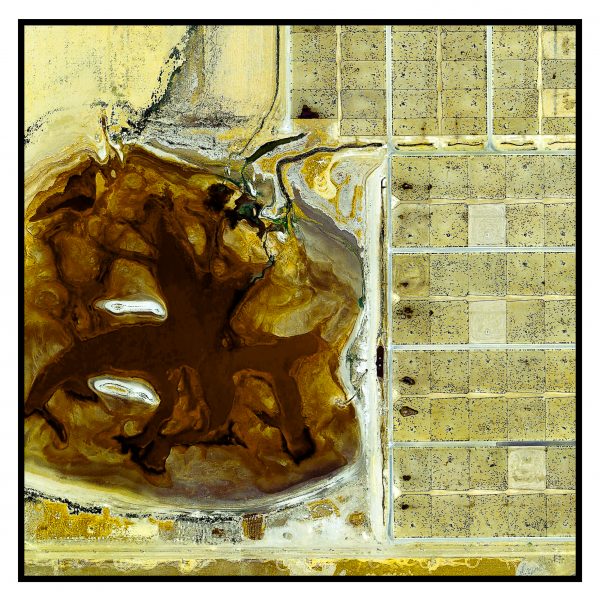 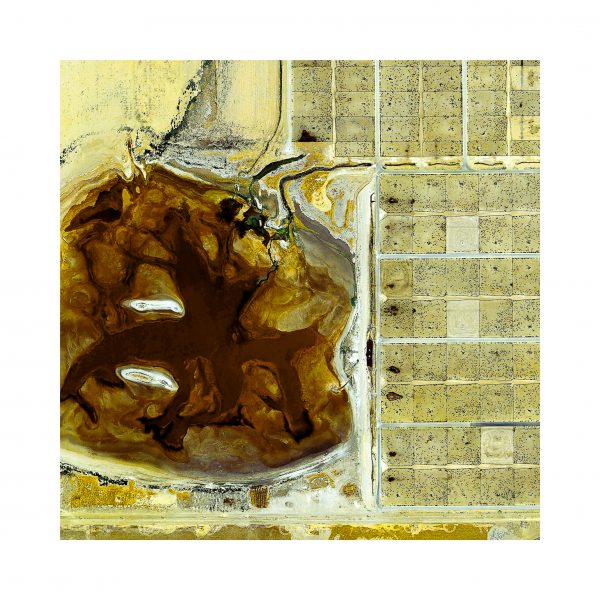 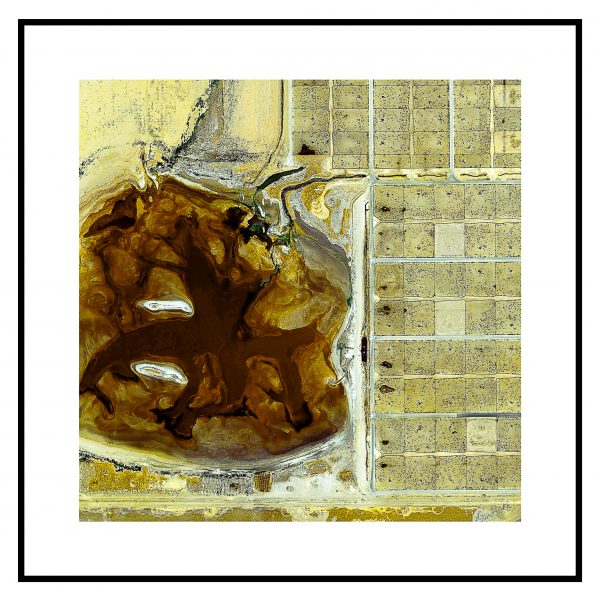 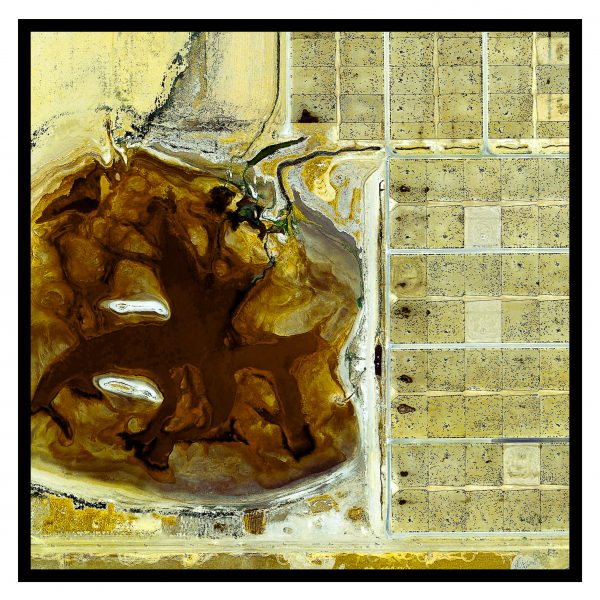 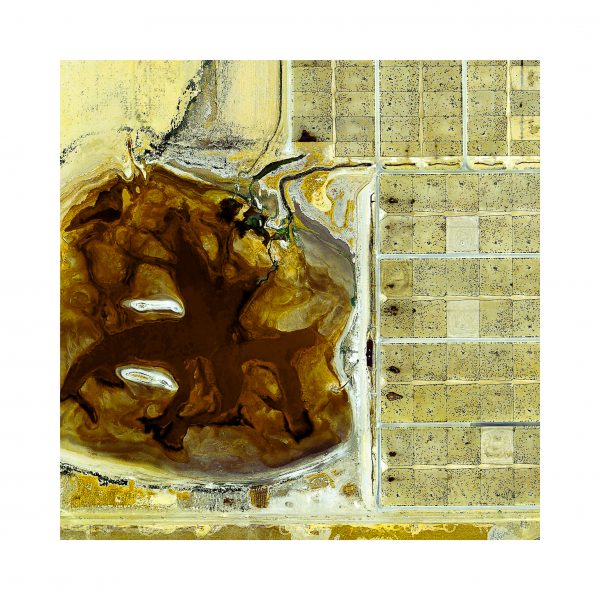 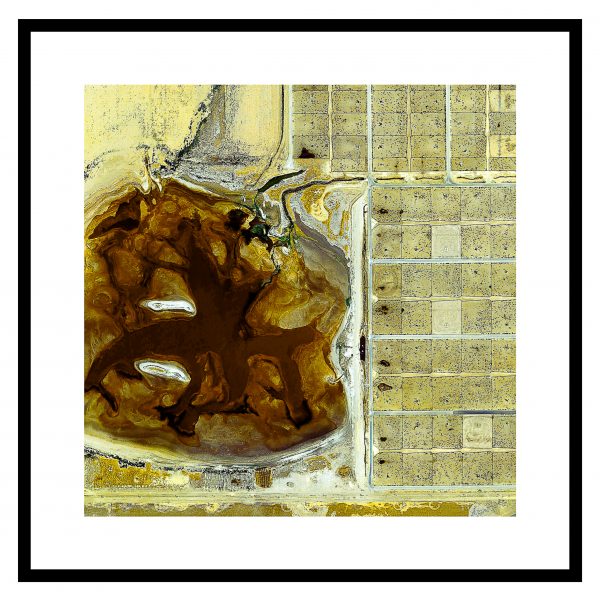 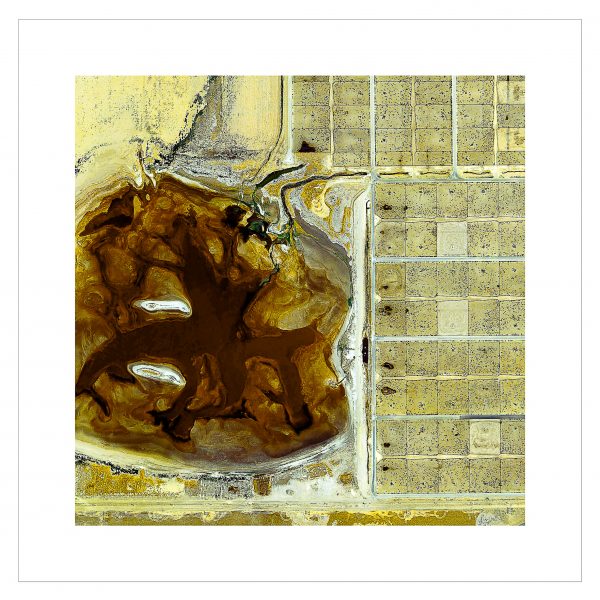 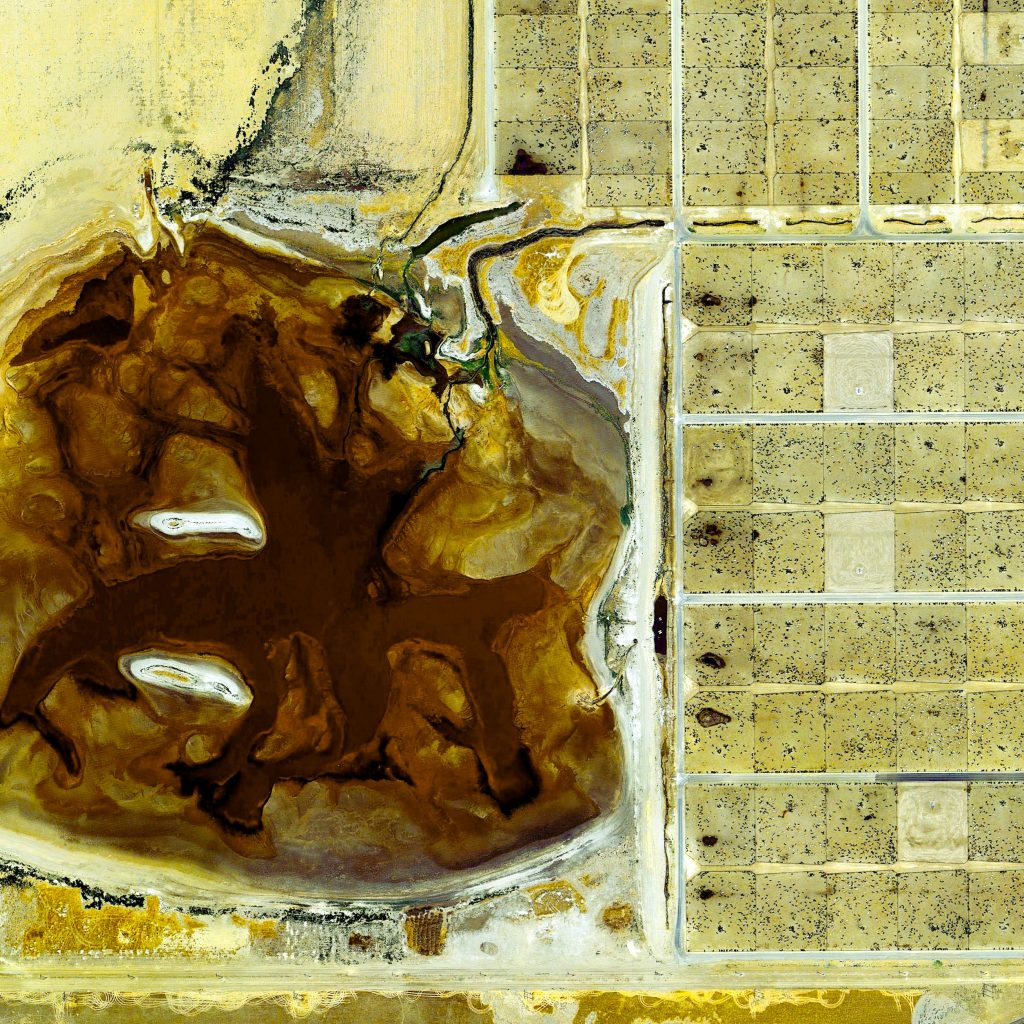 .
There is a lot of discussion regarding the pro’s and con’s surrounding feedlots, which are intensive, very large farms, of which there are many dotted across the USA.
.
Coronado Feeders outside Dalhart, Texas (pictured) has a capacity of about 60,000 head of cattle at one time.   The layout of the feedlot is engineered so that all water – and effluent – drains into the lagoon (left side of the image). Water evaporates and solids are used as fertilizer for local farmers to use on their fields. No water runs off the premises (as required by EPA). The pens where cattle live are on the right side of the image.
.
You can read more about feedlots at https://en.wikipedia.org/wiki/Feedlot
.
This image (and much of my imagery) has been hugely influenced by the work Mishka Henner (http://www.mishkahenner.com/).
.
#earthimages #earthimage #upintheair #abovetheclouds #satelliteimage #satelliteimages #EarthOverhead #overview #overvieweffect #mishkahenner #feedlot #dalhart #texas #coronadafeeder #coronadofeedlot

The Great Salt Lake’s Railroad Causeway, Great Salt Lake, Utah, USA
https://goo.gl/maps/4uEEJqKGAY72
.
When the North American transcontinental railroad was being laid down during the 1860s, the engineers faced a big obstacle in the state of Utah – a great body of water, 4,400 square km in area, called the Great Salt Lake. Initially, the railroad tracks were laid around the lake over the Promontory Mountains on the north, where on May 10, 1869, a golden spike was driven to mark completion of the first transcontinental railroad. This route, called the Central Pacific Railroad, traversed the difficult mountain from Lucin, around the north end of the lake to Brigham City, and then southward to Ogden. Thirty five years later, in 1904, the Southern Pacific Railroad created a shorter route of lesser grade and curvature directly across the lake. Called the Lucin Cutoff, it reduced the distance of the railway by 42 miles (68 km).